Estate Planning Strategies to Consider in an Election Year 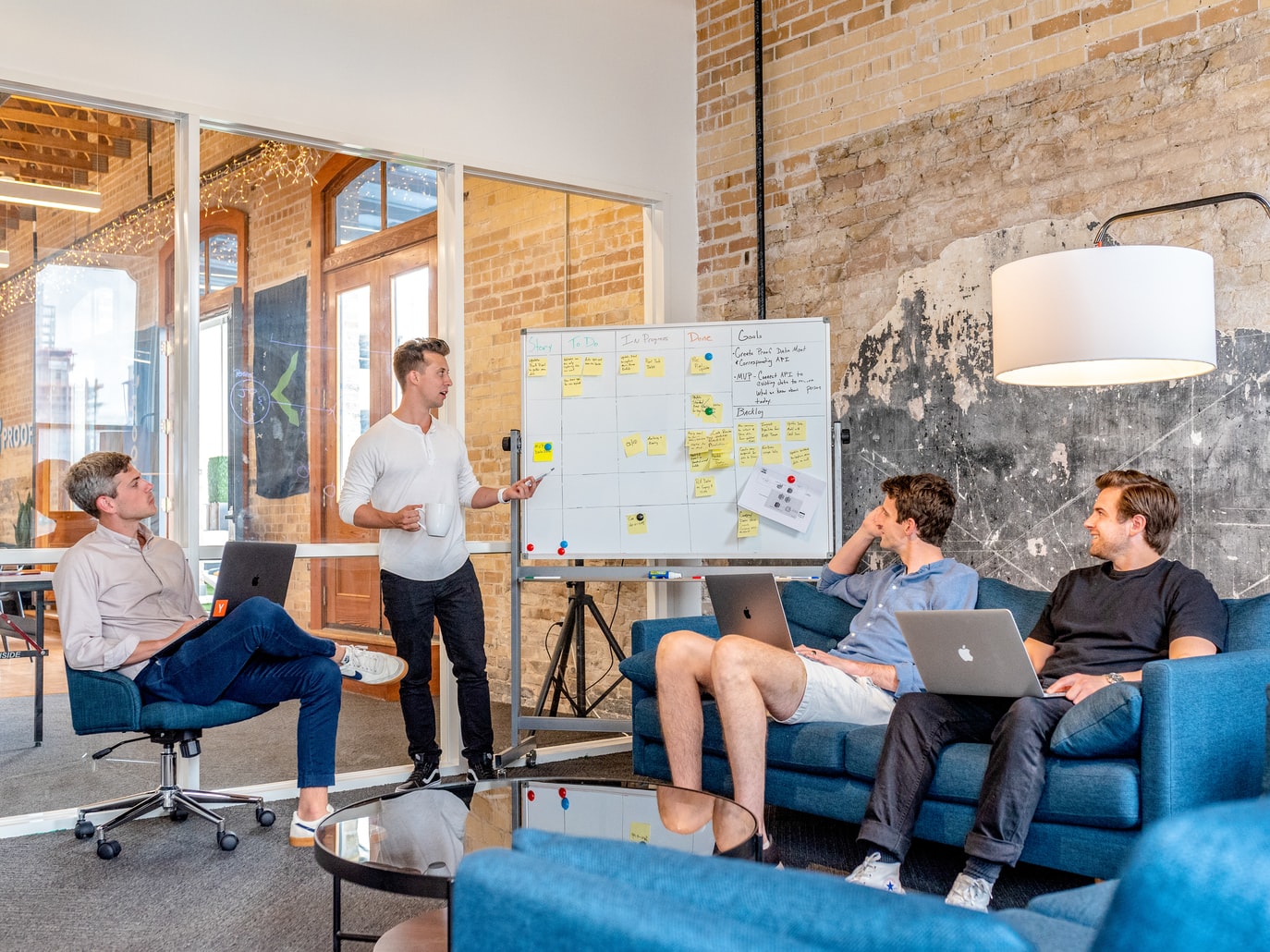 Estate Planning Strategies to Consider in an Election Year

[Please note:  This post is shared and intended to be for informational estate planning purposes only for those who may be affected by potential tax law changes.  It is not intended to be an endorsement for one political party candidate or the other.]

With a push by the Democratic party to return federal estate taxes to their historic norms, certain affected taxpayers may decide it necessary to now before Congress passes legislation that could adversely impact their estates. Currently, the federal estate and gift tax exemption is set at $11.58 million per taxpayer. Assets included in a decedent’s estate that exceed the decedent’s remaining exemption available at death are taxed at a federal rate of 40 percent (with some states adding an additional state estate tax). However, each asset included in the decedent’s estate receives an income tax basis adjustment so that the asset’s basis equals its fair market value on the date of the decedent’s death. Thus, beneficiaries realize capital gain upon the subsequent sale of an asset only to the extent of the asset’s appreciation since the decedent’s death.

If the election results in a political party change, it could mean not only lower estate and gift tax exemption amounts, but also the end of the longtime taxpayer benefit of stepped-up basis at death. To avoid the impact of these potential changes, there are a few planning strategies that affected taxpayers may find to be prudent to consider before the year-end.

In response to the COVID-19 crisis, the Federal Reserve lowered the federal interest rates to stimulate the economy. Accordingly, donors should consider loaning funds or selling one or more income-producing assets, such as an interest in a family business or a rental property, to a family member in exchange for a promissory note that charges interest at the applicable federal rate. In this way, a donor can provide a financial resource to a family member on more flexible terms than a commercial loan. If the investment of the loaned funds or income resulting from the sold assets produces a return greater than the applicable interest rate, the donor effectively transfers wealth to the family members without using the donor’s estate or gift tax exemption.

Assets such as property or accounts gifted or transferred to an irrevocable trust typically do not receive a step-up in income tax basis at the donor’s death. Gifted assets instead retain the donor’s carryover basis, potentially resulting in significant capital gains realization upon the subsequent sale of any appreciated assets. Exercising the swap power allows the donor to exchange one or more low-basis assets in an existing irrevocable trust for one or more high-basis assets currently owned by and includible in the donor’s estate for estate tax purposes. In this way, low-basis assets are positioned to receive a basis adjustment upon the donor’s death, and the capital gains realized upon the sale of any high-basis assets, whether by the trustee of the irrevocable trust or any trust beneficiary who received an asset-in-kind, may be reduced or eliminated.

Example: Phoenix purchased real estate in 2005 for $1 million and gifted the property to his irrevocable trust in 2015 when the property had a fair market value of $5 million. Phoenix dies in 2020, and the property has a date-of-death value of $11 million. If the trust sells the property soon after Phoenix’s death for $13 million, the trust would be required to pay capital gains tax on $12 million, the difference between the sale price and the purchase price. Let us say that before Phoenix died, he utilized the swap power in his irrevocable trust and exchanged the real estate in the irrevocable trust for stocks and cash having a value equivalent to the fair market value of the real estate on the date of the swap. At Phoenix’s death, because the property is part of his gross estate, the property receives an adjusted basis of $11 million. If his estate or beneficiaries sell the property for $13 million, they will only pay capital gains tax on $2 million, the difference between the adjusted date-of-death basis and the sale price. Under this scenario, Phoenix’s estate and beneficiaries avoid paying capital gains tax on $10 million by taking advantage of the swap power.

A grantor retained annuity trust (GRAT) is an efficient way for a donor to transfer asset appreciation to beneficiaries without using, or using a minimal amount, of the donor’s gift tax exemption. After the donor transfers property to the GRAT and until the expiration of the initial term, the trustee of the GRAT (often the donor for the initial term) will pay the donor an annual annuity amount. The annuity amount is calculated using the applicable federal rate as a specified percentage of the initial fair market value of the property transferred to the GRAT. A Walton or zeroed-out GRAT is intended to result in a remainder interest (the interest that is considered a gift) valued at zero or as close to zero as possible. The donor’s retained interest terminates after the initial term, and any appreciation on the assets in excess of the annuity amounts passes to the beneficiaries. In other words, if the transferred assets appreciate at a rate greater than the historic low applicable federal rate, the GRAT will have succeeded in transferring wealth.

Example: Kevin executes a GRAT with a three-year term when the applicable federal rate is 0.8 percent. He funds the trust with $1 million and receives annuity payments of $279,400 at the end of the first year, $335,280 at the end of the second year, and $402,336 at the end of the third year. Assume that during the three-year term, the GRAT invested the $1 million and realized a return on investment of 5 percent, or approximately $95,000. Over the term of the GRAT, Kevin received a total of $1,017,016 in principal and interest payments and also transferred approximately $95,000 to his beneficiaries with minimal or no impact on his gift tax exemption.

Installment Sale to an Irrevocable Trust

This strategy is similar to the intrafamily sale. However, the income-producing assets are sold to an existing irrevocable trust instead of directly to a family member. In addition to selling the assets, the donor also seeds the irrevocable trust with assets worth at least 10 percent of the assets being sold to the trust. The seed money is used to demonstrate to the Internal Revenue Service (IRS) that the trust has assets of its own and that the installment sale is a bona fide sale. Without the seed money, the IRS could recharacterize the transaction as a transfer of the assets with a retained interest instead of a bona fide sale, which would result in the very negative outcome of the entire interest in the assets being includible in the donor’s taxable estate. This strategy not only allows donors to pass appreciation to their beneficiaries with limited estate and gift tax implications, but also gives donors the opportunity to maximize their remaining gift and generation-skipping transfer tax exemptions if the assets sold to the trust warrant a valuation discount.

Example: Scooby owns 100 percent of a family business worth $100 million. He gifts $80,000 to his irrevocable trust as seed money. The trustee of the irrevocable trust purchases a $1 million dollar interest in the family business from Scooby for $800,000 in return for an installment note with interest calculated using the applicable federal rate. It can be argued that the trustee paid $800,000 for a $1 million interest because the interest is a minority interest in a family business and therefore only worth $800,000. A discount is justified because a minority interest does not give the owner much, if any, control over the family business, and a prudent investor would not pay full price for the minority interest. Under this scenario, Scooby has removed $200,000 from his taxable gross estate while only using $80,000 of his federal estate and gift tax exemption.

With the threat of a lowered estate and gift tax exemption amount, a spousal lifetime access trust (SLAT) allows donors to lock in the current, historic high exemption amounts to avoid adverse estate tax consequences at death. The donor transfers an amount up to the donor’s available gift tax exemption into the SLAT. Because the gift tax exemption is used, the value of the SLAT’s assets is excluded from the gross estates of both the donor and the donor’s spouse. An independent trustee administers the SLAT for the benefit of the donor’s beneficiaries. In addition to the donor’s spouse, the beneficiaries can be any person or entity including children, friends, and charities. The donor’s spouse may also execute a similar but not identical SLAT for the donor’s benefit. The SLAT allows the appreciation of the assets to escape federal estate taxation and, in most cases, the assets in the SLAT are generally protected against credit claims. Because the SLAT provides protection against both federal estate taxation and creditor claims, it is a powerful wealth transfer vehicle that can be used to transfer wealth to multiple generations of beneficiaries.

Example: Karen and Chad are married, and they are concerned about a potential decrease in the estate and gift tax exemption amount in the upcoming years. Karen executes a SLAT and funds it with $11.58 million in assets. Karen’s SLAT names Chad and their three children as beneficiaries and designates their friend Gus as a trustee. Chad creates and funds a similar trust with $11.58 million that names Karen, their three children, and his nephew as beneficiaries and designates Friendly Bank as a corporate trustee (among other differences between the trust structures). Karen and Chad pass away in the same year when the estate and gift tax exemption is only $6.58 million per person. Even though they have gifted more than the $6.58 million exemption in place at their deaths, the IRS has taken the position that it will not punish taxpayers with a clawback provision that pulls transferred assets back into the taxpayer’s taxable estate. As a result, Karen and Chad have saved $2 million each in estate taxes assuming a 40 percent estate tax rate at the time of their deaths.

When Should I Talk to an Estate Planner?

If any of the strategies discussed above interest you, or you feel that potential changes in legislation will negatively impact your estate, we encourage you to schedule a meeting with us at your earliest convenience and definitely before the end of the year. We can review your estate plan and may be able to recommend changes and improvements to protect you from potential future changes in legislation.